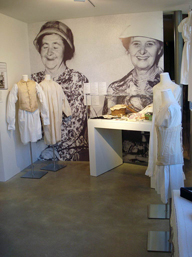 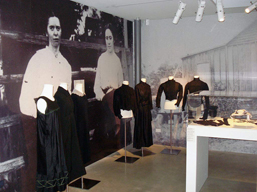 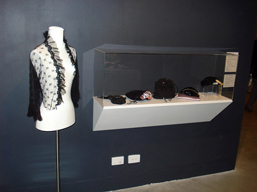 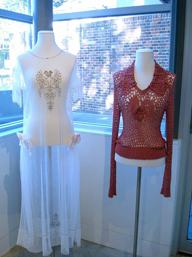 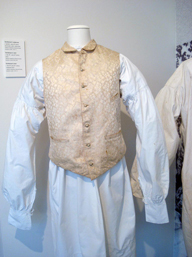 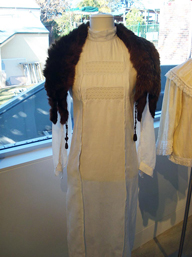 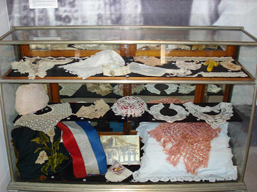 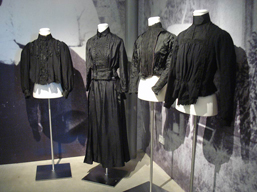 The collection of clothing and accessories known as the Misses Stewart Collection was donated to the Hawkesbury Historical Society by local identity, Mrs Mary Avern, a long-time friend of the Stewart sisters, over a period of three decades. As a collection it tells the interesting and very personal story of two women who grew up in the Hawkesbury during the early years of the 20th century.

Skilled and prolific seamstresses, Ivy and Myra Stewart lived in a time of great change, especially with regards to women’s clothing. A large part of their collection reflects the evolution of women’s fashion throughout the Edwardian, post-depression and World War eras. Especially of note are items made with hand-tatted lace, remnants from other garments and the obvious repurposing and mending of clothing in order to limit wastefulness and to make do. A large selection of mourning clothes is of particular interest to those who may not have been aware of the role fashion played in the expression of grief and loss during the Victorian and Edwardian eras.

This exhibition tells us the story of a simpler, yet often hard way of life in a time when the outskirts of the Hawkesbury were still a remote and isolated region in which to live; as well as the efforts of two women determined to make the most of what they had in order to make ends meet.

Click on the PDF link below for more information on the exhibition.