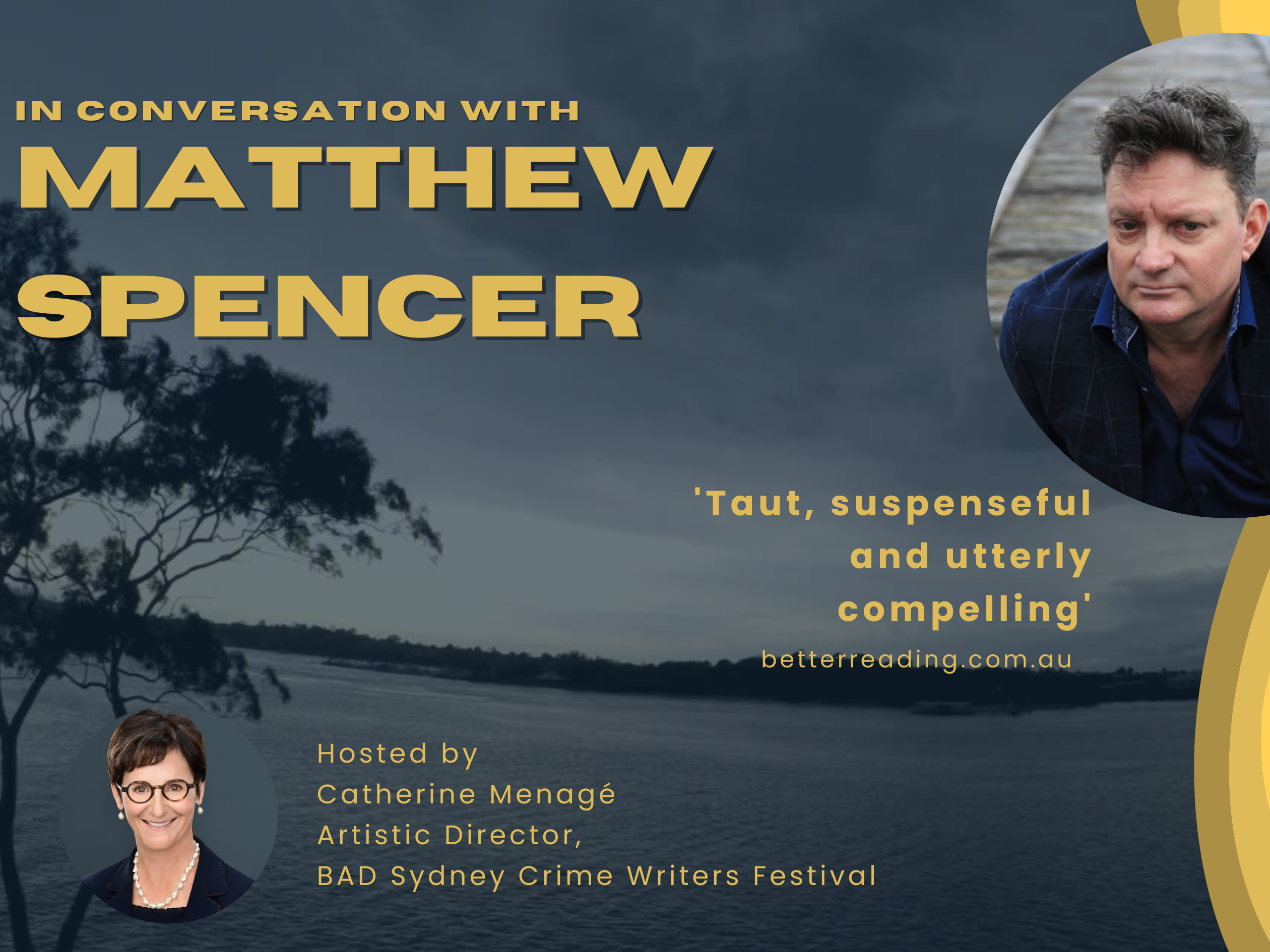 Join Australian author Matthew Spencer as he speaks about his debut novel Black River, with Catherine Menagé at Hawkesbury Central Library on Monday, 8 August from 5:30pm to 7pm.

A long, burning summer in Sydney. A young woman found murdered in the deserted grounds of an elite boarding school. A serial killer preying on victims along the banks of the Parramatta River. A city on edge.

A former journalist, Matthew Spencer worked at The Australian for twenty years, and has also written for newspapers and magazines in Uganda and Kenya and been published in The Australian Financial Review and The Sydney Morning Herald.

He was born in Parramatta. The son of teachers, he lived with his sister Kate on the 320 acre campus of a boys’ boarding school. Long summers on the largely deserted property, while exploring the remnant bush with its tributary of the Parramatta River, inspired the book.

Catherine Menagé is the Artistic Director of the BAD Sydney Crime Writers Festival. Catherine is also the Director of the Rose Scott Women Writers’ Festival at the Women’s Club and a Judge of the annual Ned Kelly Awards.

This In Conversation event will be held at the Hawkesbury Central Library, 300 George Street, Windsor. The event will begin with light refreshments and finish with a book signing. Books will be available for sale prior to the talk.

Bookings are essential via www.hawkesburylibrary.eventbrite.com or call 4560 4460.