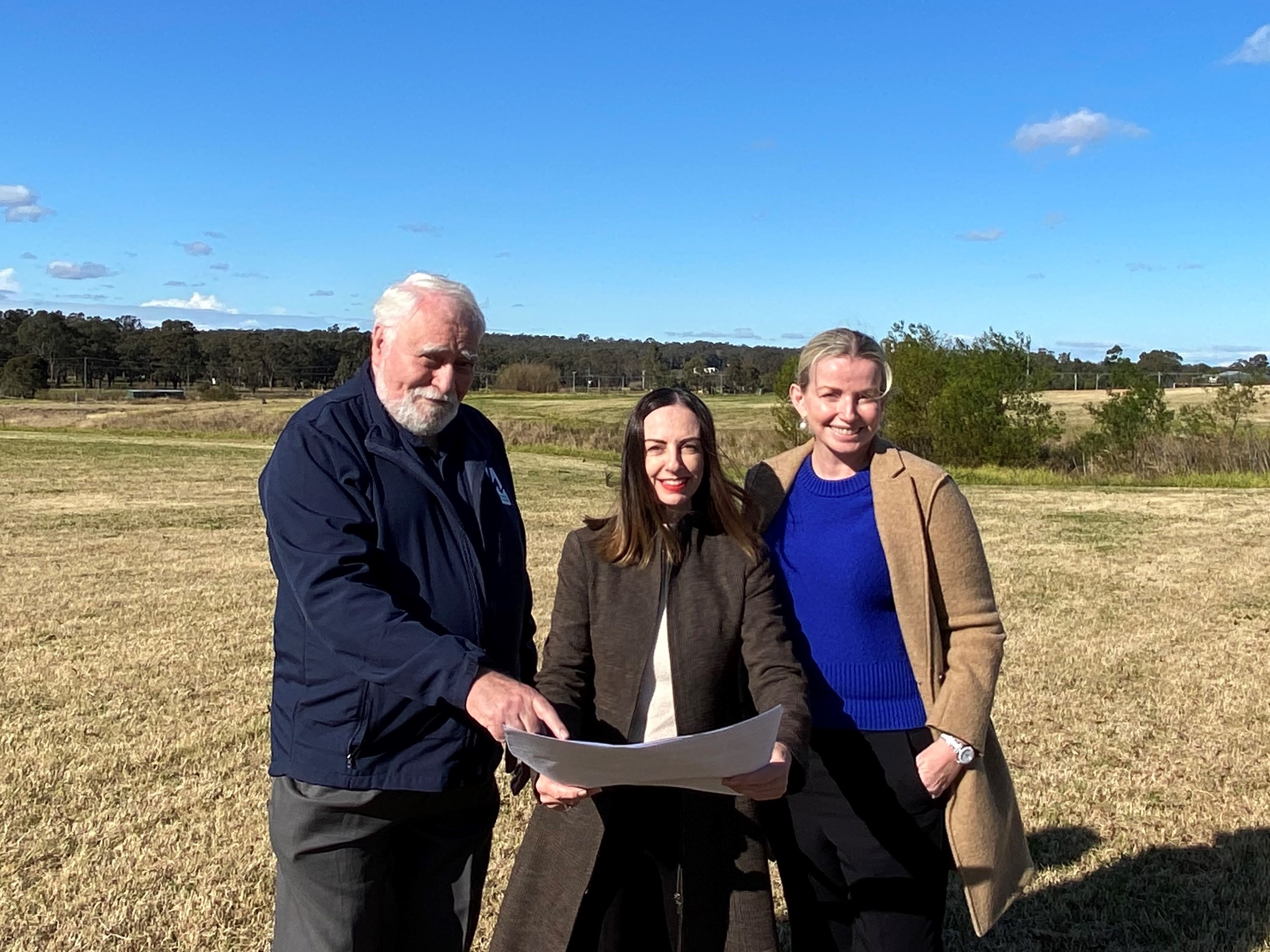 Hawkesbury City Council has welcomed a substantial funding commitment from the NSW Government to build a new sporting and community hub at Fernadell Park in Pitt Town.

Fernadell Park will be an exciting inclusion to the growing village of Pitt Town and a must-visit park in the Hawkesbury,” Councillor Calvert said.

“This funding will mean local families will have access to high quality sporting and recreational facilities a lot sooner. We’re very excited to be partnering with the NSW Government to deliver Fernadell Park to the people of Pitt Town and beyond.”

“Playing sport with your local team is a quintessential part of the Hawkesbury lifestyle,” Ms Preston said.

“This funding will modernise facilities for local clubs, associations and councils, and enable more local residents to enjoy the benefits of sport and active recreation.”

The funding will enable the construction of:

Council is in the final stages of completing its Masterplan for Fernadell Park, following community consultation in May 2021 and May 2022. When completed, Fernadell Park will include: